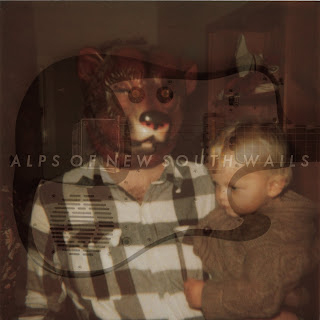 This should be a great show...here is some info on Alps and the new record...

Fresh off an east coast tour supporting RATATAT (US), Newcastle's ALPS is heading straight back on the road for a full national tour to promote the release of his fourth full length and twelfth effort total, 'Alps of New South Wails'.

Here's what people are saying so far about the record:
"no production tricks covering up any songwriting shortfalls, just unencumbered melodic catharsis... could be the best thing Alps has ever done" - Rose Quartz
"utterly brilliant slice of bummer-pop heaven" - Polaroids of Androids

Here's what people said about 'Alps of New South Whales' (2009):
“No matter how you listen to Alps of New South Whales, one thing is certain: this album transcends Hearn’s self-imposed limitations, offering a gorgeously foreign sound world in which to ruminate.” – Mess and Noise
“Where much noise/drone/improv pop can seem to hide off-the-cuff laziness behind a curtain of fizz, Alps Of New South Whales is a carefully crafted, hazy gem.” – Cyclic Defrost
“Once you get past marveling at the strange sounds you’ll discover a record that’s both beautiful and unique.” – Rave Magazine

Recorded in bedrooms and artspaces between Dunedin NZ and Newcastle NSW and mastered in Melbourne by Eddy Current Supression Ring's Mikey Young, 'Alps of New South Wails' is out on 12" Vinyl LP on Feburary 11 2011 on Past Futures.

'Alps of New South Wails' is the guitar centred closing of the Alps of NSW trilogy; in the same way that 2009's 'Alps of New South Whales' took it's pop songs underwater, 'Wails' takes it's pop songs on a journey through the world of guitar music, via the guitar, drums, and the usual plethora of instruments found on Alps records like organs, tapes, etc - but not without a couple of synth jems thrown in for measure.

To fill in the gaps on stage that the additional instruments on the record open, on this tour Alps is expanding from a solo act into a four piece band. Band member recruits come from Newcastle band Bare Grillz, who since their humble houseshow beginnings in early 2010 have gone on to become Newcastle's best loved band and be name dropped by Polaroids of Androids as "probably the best band in Australia right now, no homo". Conveniently, Bare Grillz are also taking the opportunity to play supports on all shows, on their first national jaunt.
Posted by Black Wire Records at 1:52 PM