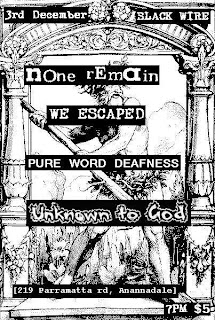 None Remain
We Escaped
Pure Word Deafness
Unknown to God

Email ThisBlogThis!Share to TwitterShare to FacebookShare to Pinterest
Labels: Flyers, None Remain, Pure Word Deafness, Unknown to God, We Escaped 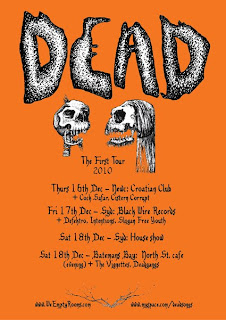 "Jem and Jace are DEAD. In past lives they spent time with Fangs of... , Fire Witch and Inappropriate Tough Guy Behaviour but now they are DEAD. DEAD, yes. Silenced, no. DEAD riffs and DEAD beats and DEAD shouts spew forth from them with a relentless fury that can no longer be contained within the walls of their private domain.
Thus far no machine has been able to capture the message of DEAD. Attempts have been
made, leaving martyrs in the wake. And so there remains but one way to hear it.
In the flesh.
In November 2010 they will begin to spread the word of DEAD in public arenas across the land. And they will not stop until all have heard the rantings of two DEAD men accompanied by a thousand watts of bass amplification and drums specially imported direct from the afterlife.
"The people" have asked to hear the word of DEAD first hand. DEAD have answered the call in the form of a tour." 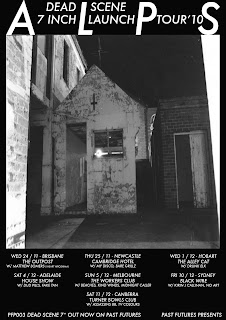 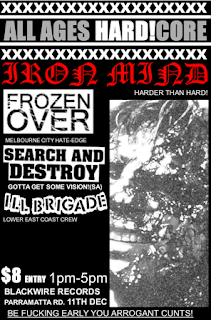 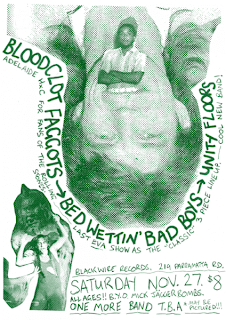 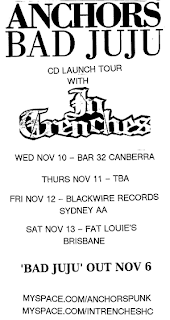 Flyer by Glenn Smith!
Posted by Black Wire Records at 12:25 PM No comments: 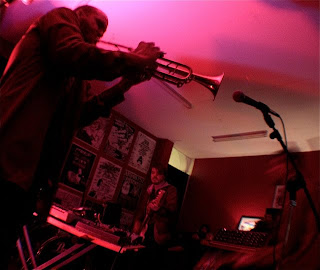 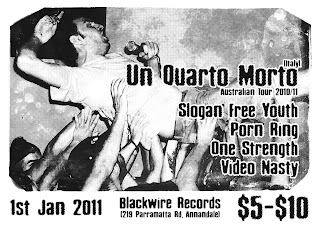