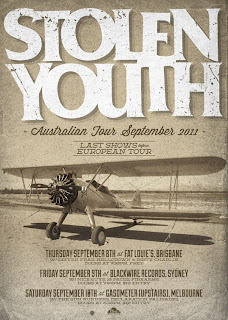 Adelaide Hardcore/Punk band STOLEN YOUTH will be embarking on a run of final shows around Australia before heading on a European tour for 2 months.
2011 has already been a big year for the band, with the release of the bands second album "Dark Century" and numerous tours including a national tour with Propagandhi, the year continues to get brighter and busier for the band.
Having only toured as far as New Zealand in the past, this will be the band’s first major run overseas, running from September through till November, with full run of dates being announced soon.